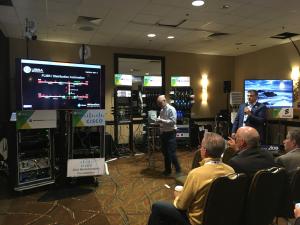 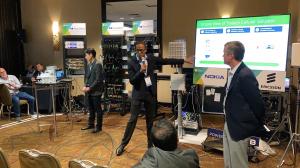 UBBA Plugfest for Utility Use Cases 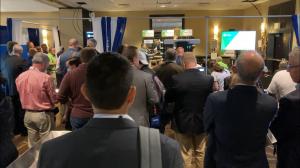 UBBA is the best resource for utilities to ask questions and collaborate about broadband solutions to meet the coverage, resilience, reliability, and cybersecurity requirements for their utility.”
— UBBA Vice Chairman John Hughes from Ameren

USA, November 2, 2021 /EINPresswire.com/ — The Utility Broadband Alliance (UBBA) held its inaugural Utility Broadband Plugfest to test LTE networks for utility use cases in St. Louis. UBBA delivered a sold-out, in-person event culminating with the first Utility Broadband Plugfest, which showcased the innovation, collaboration, and interoperability of utility use cases and devices on public and private LTE networks. The UBBA Plugfest attracted a strong contingent of utilities with more than 275 attendees in St. Louis, while another 150 watched remotely via the Cisco WebEx platform. The Plugfest featured critical use cases such as FLISR (Fault Location, Isolation, and Service Restoration), Capacitor Bank Controllers, Smart Streetlighting, and next-gen smart meters, to name a few.

Some industry-first accomplishments from the Inaugural UBBA Plugfest included:
• Two 1.4 MHz carriers in 3 MHz of the spectrum between two vendors
• Showing a NB-IoT, CAT-M1 and LTE channel within a 3×3 spectrum block
• Electric AMI Meters with under the glass PLTE in the 900 MHz band

Inaugural Plugfest Awards were presented at the end of the event in St. Louis. There were many UBBA members stepping up, but six were honored with the awards for those individuals who most embodied the spirit of collaboration that is UBBA’s Mission. The awards went to:
• Most Committed Award: Mat Eshpeter from Burns & McDonnell
• Above & Beyond Award: Tom Wilson, Jeremy Anderson, and the NovaTech Automation team
• Mission Impossible Award: Dan Madey and the Cisco team
• Laughter Therapy Award: Ron Brady from Xcel Energy
• Gracious Service Award: Gino Scribano from Motorola Solutions
• In A Clutch Award: Steve Ryan, Jim Li and the Anterix technical teams

“Each utility strategy is different and UBBA is the best resource for utilities to ask questions and collaborate about broadband solutions to meet the coverage, resilience, reliability, and cybersecurity requirements for their utility,” said UBBA Vice Chairman John Hughes from Ameren. “UBBA is all about driving innovation for utility LTE networks. It is the place utilities and technology providers gather to share best practices, lessons learned, and prepare for utility requirements. The UBBA Summit & Plugfest was just one example of how UBBA works for our members, day in and day out.”

WebEx recordings of the Plugfest test sessions and Summit panel presentations are available on the UBBA.com website. Growing out of what we learned in St. Louis, plans are underway to prepare for additional UBBA Plugfests in 2022 and beyond. Members of the Alliance are given first access to participate and preference over non-member companies, but membership is open to utilities of all types and sizes and to the global vendor ecosystem. Contact UBBA for info about membership.