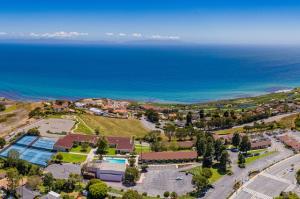 RANCHO PALOS VERDES, CA, UNITED STATES, September 13, 2021 /EINPresswire.com/ — Marymount California University has been named the 12th most ethnically diverse liberal arts college in the nation, according to the 2022 U.S. News & World Report rankings. The lists are part of the magazine’s annual “Best Colleges” report, which includes Marymount among the country’s leading liberal arts colleges and universities.

The campus ethnic diversity category identifies colleges where students are most likely to encounter undergraduates from racial or ethnic groups different from their own. The ranking factors in the percentage of minority students—excluding international students—and the overall balance of ethnic groups in an institution’s student body.

According to preliminary fall 2021 enrollment figures, nearly three-quarters of MCU’s student population are people of color, with Hispanics comprising more than 46 percent of all students. MCU is a Hispanic-Serving Institution, a designation awarded by the U.S. Department of Education for having reached a minimum enrollment of 25 percent Hispanic undergraduates. Rounding out the university’s racial demographics are 21 percent white, 8 percent black, 7 percent Asian/Pacific Islander and 8 percent who self-identify as two or more races.

“Marymount is proud to be recognized for what we promote as a welcoming and inclusive environment that encourages and celebrates the diverse voices and experiences of the Mariner community,” said President Brian Marcotte. “Our rich tapestry of cultures, student organizations and Los Angeles location offer abundant preparation for work and life in an increasingly diverse world.”

For the third consecutive year, MCU has also been named a top performer on social mobility among liberal arts colleges and universities nationwide, landing at the No. 51 spot. Debuting in 2019, this metric demonstrates the university’s success in enrolling and graduating economically disadvantaged students as measured by those awarded Pell grants. Pell-grant recipients tend to come from families with incomes below $50,000, notes U.S. News.

MCU awards Pell grants to 43 percent of its undergraduates.

“We are committed to serving low-income students, many of whom are the first in their families to attend college,” Marcotte said. “Our goal is not only to make enrolling in college more accessible for all, but also ensure that all our students are offered the resources, opportunities and experiences that help them thrive and stay in school until they’ve earned a degree.”

In addition to federal grants, MCU offers numerous scholarship opportunities for students. About 90 percent of MCU students receive some form of financial aid. And the average package awarded is nearly $22,000.

Marymount California University is a private liberal arts university in Rancho Palos Verdes, California, rooted in the Catholic faith. Ranked among the top liberal arts schools in the nation by U.S. News & World Report, Marymount offers undergraduate and graduate programs that lead to associate’s, bachelor’s and master’s degrees designed to prepare students for purposeful lives and careers. MCU is also a College of Distinction and ranks No. 1 in California for its safe campus (Niche). For more information, visit www.MarymountCalifornia.edu.