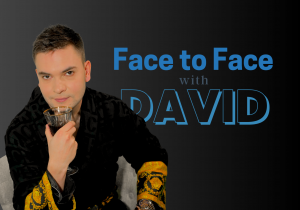 Face to Face with David 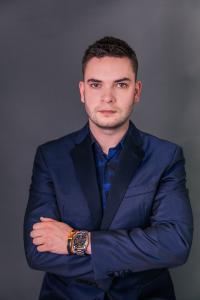 David Oulton, host of FACE TO FACE WITH DAVID

CALGARY, ALBERTA, CANADA, May 28, 2021 /EINPresswire.com/ — Corus Entertainment has acquired Calgary based talk show Face to Face with David. Hosted by David Oulton, the series will begin airing on SLICE TV on June 2nd airing at 8:00 am pst/11:00 am est. Face to Face with David strikes an entertaining balance between educational and informative interviews with a mix of household names, established Hollywood talent, emerging artists, and business people. The response from A-List celebrities and the support from the entertainment industry have been very positive regarding the series.

Notable guests include Vanessa Williams, Carson Kressley, Perez Hilton, Corbin Bernsen, Ali Landry, Melissa Rivers, Pamela Rabe, Caroline Stanbury, Natasha Henstridge, Debra DiGiovanni, Amanda Tapping and many others. The production team is comprised of LnC Style's Luis Gonzalez, Candace Schmidt and Rae Farrer. Face to Face with David strikes an entertaining balance with educational and informative interviews, with a focus on "timeless" conversations, allowing the series to be viewed in any order, at anytime, rather than focusing solely on current events.

Oulton filmed the first season in his Calgary home during the height of the pandemic, but subsequent episodes were shot on location at the Fairmont Palliser Hotel in downtown Calgary. Guests appear virtually from their own homes, giving the series a more intimate feeling as there are no audience or external elements.

The series is also currently airing Thursdays on OUTtv at 8pm et/pt and streaming on OUTtvGo, Amazon Prime Video and Apple TV in Canada, as well as available internationally on various additional networks and streaming services.

David Oulton
Face to Face with David
email us here